War is no solution to any problem - when will we ever learn?

Russia’s ongoing war in Ukraine has sent shockwaves and disrupted the prevailing peace in the world. There were no major wars in the past decade, and more than three decades have passed since the end of the Cold War. Many countries, mainly European ones, decreased their defence budget below 3% due to this calmness.

But this war changed many things. Many countries will ramp up their defence expenditure again. There will be more nukes, drones, missiles. There are more sanctions, divisions, disruptions in world trade, pushing price-hike, inflation in many countries. The repercussions will be felt also in distant countries.

Meanwhile, there is blood in the streets in several Ukrainian cities as thousands of people are being killed. Millions of refugees are taking buses on the M9, M10 or M11 highways or trains like the Kyiv express towards the Polish border; some went to Romania.

As the Ukrainian president called the nation to defend the country, thousands of people took arms and had joined the paramilitary. Thousands of others had volunteered to donate blood or are taking care of the refugees.

As the Russian tanks rolled to cities like Chernihiv, Kharkiv, Kherson, Kyiv, Mariupol, and Sumy, military installations were bombed to the ground, civilians settlements were shattered by bombshells. Russia wants to annex Ukraine, absorb Ukrainians into their population. But many Ukrainians don’t want that. They want to remain free and independent. More and more Ukrainians are being killed each day and it is planting seeds of hatred among ordinary people, which may last for many generations.

If this war continues, not only Russia and Ukraine, every country, including Bangladesh, will suffer terribly. The world needs to keep calm to prevent World War III. 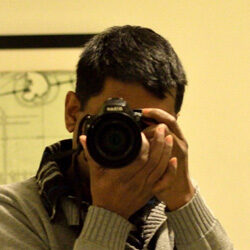 Rezwan
Rezwan is a blogger at The 3rd world view since 2003 and an online activist. He has been bridge blogging the Bangladeshi and South Asian Blogosphere in Global Voices since 2005. He is also the translator coordinator for the Global Voices Bangla Lingua and loves translating selected Global Voices posts into his mother tongue Bangla.

Latest posts by Rezwan (see all)

Racism in focusing War & Conflict: An Invisible Barrier towards achieving Global Peace
Stop any war anywhere ... now and forever!
Piece by Peace
For Saving the World, We want the Protection of Life and Nature on Earth
1 2 Next »